How to tame complexity in wireless networks

The report is published in collaboration with FierceWireless and with the support of our sponsors, Huawei, Ciena, Luoxft, and Tupl. It features an interview with Mansoor Hanif, BT. 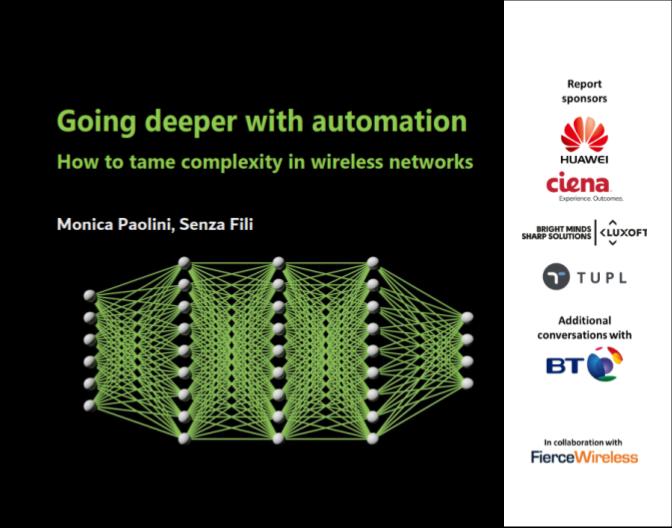 In wireless, there is a widely felt sense that with 5G we are on the cusp of a major transition, which some have compared to the industrial revolution or the introduction of electricity. A major transformation in how we communicate is afoot, and we are in a critical phase. But this process is much wider than 5G, although 5G may cover under its umbrella some of the technology tools needed to complete the transition. The initial catalyzers were the joint appearance and intertwined development of wireless communications and the internet. They have created an entirely new way for humans to communicate with each other and control the environment that no longer needs – for data, content or even some objects – to be instantiated in a physical object (book, piece of paper, banknotes). IP addresses guide us through what increasingly has become our reality.

This process started decades ago. But now the wireless and wireline infrastructure that makes this transition possible is under strain and has to change at its foundation to cope with the demands and expectations that both the industry and the users have about connectivity. It is no longer sufficient to simply add more of the same – more cell sites in the RAN, more servers in the core. The need to scale in a massive way requires a qualitative change in how networks are built and run.

This is where automation comes in. The new automation solutions and platforms are no longer restricted to tackling simple processes; they allow operators to manage the increased complexity of wireless networks, deepen their understanding of how their networks work, better serve their subscribers, and take full advantage of the new technologies. The new breed of automation is much more than avoiding boring tasks and saving money. It is a core enabler that spreads across wireless networks end-to-end and deeply changes operations at both the technical and cultural levels.

This report explores the role of automation in shaping the evolution of wireless networks as we move toward 5G, massive IoT adoption, densification, and virtualization to meet a growing demand for a more diverse set of use cases.

We explored the evolution of automation in wireless network along 10 trajectories: